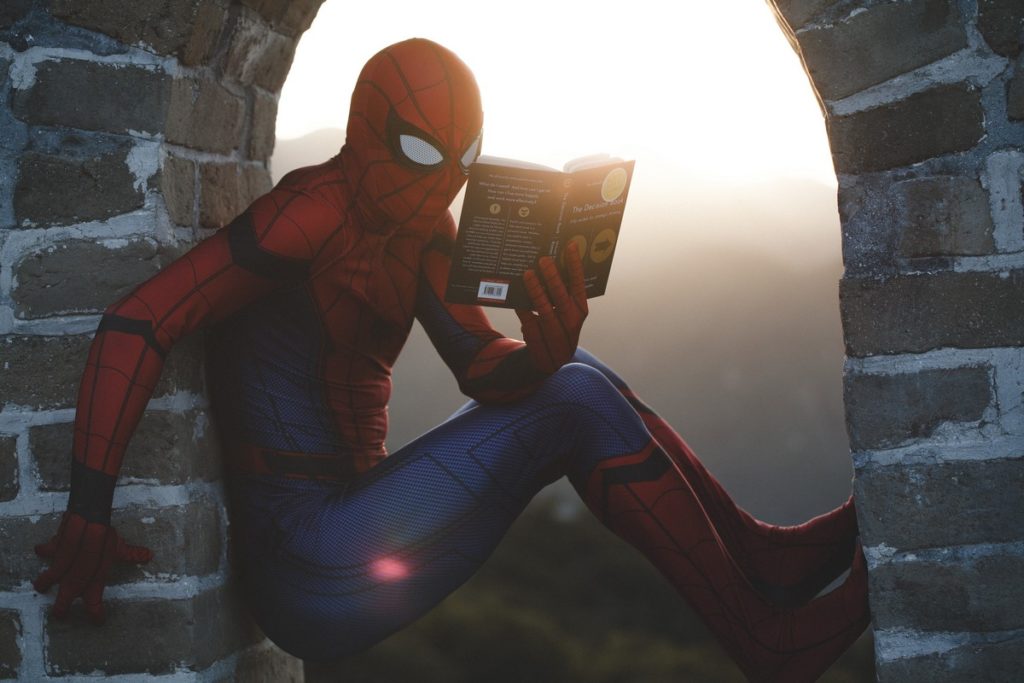 The following is adapted from I Can’t Read.

When I was a kid, we’d go around the classroom and each student would read a paragraph aloud. I used to count the desks before me so I knew exactly which paragraph I’d need to read, and I’d mentally prepare myself as much as possible. Then, when I got to junior high school, after years of embarrassment and struggle, there was no more reading aloud in class.

I still couldn’t read, but I found ways to mask my problem. For example, during recess breaks or in the hallway in between classes, I would go up to other students and get their take on whatever book we were supposed to read. The sales pitch often went, “Hey, I didn’t have time to read the book. Tell me what it was about.”

Depending on the assignment, sometimes I’d ask them for their opinion on the chapter, and I’d nod my head, telling them that’s what I thought, too.

Then in class, I would raise my hand and give my two cents about the book’s content, once I was confident I had a grasp on what the chapters were about. I always found a way to participate in the group discussions about the book—The Outsiders, The Adventures of Tom Sawyer, and Animal Farm—you name it. My teachers, at least to my knowledge, never had a clue.

When you have to read as a child, when you get through a book and have no idea what it actually said, it is beyond frustrating. Almost none of the words made any sense. I’ve lost count of the times I sat alone, crying, wishing that touching the page would let the information be absorbed into me, or wishing that I had the power to speed-read.

That wasn’t real life. Real life meant developing strategies and learning through trial and error. How do you do that without being overwhelmed with anger, feeling that things just aren’t fair?

You reframe your struggles, or, more importantly, you reframe the strategies you use to overcome them. When I describe how I asked other students about the books, along with the ability I developed to count desks, people came back with, “Well, that’s cheating. That’s weak.”

Those are examples of my superpowers.

Almost every comic book is about a normal person who is given some great power. Most times, they weren’t born with it. It meant that almost anyone could become a superhero. Almost. What made them truly great was that they already had a defined character. They already had heroic traits—their superpowers just allowed them to do more with their heroism.

Captain America was a puny soldier before he took the super serum, but he had more heart and bravery than men twice his size. Peter Parker was a whiz kid who wanted to do the right things before he was bitten by a radioactive spider. Matt Murdoch was a blind attorney, fighting for justice in the courts before an accident made him Daredevil.

They took those perceived weaknesses—small stature, nerdiness, blindness—and turned them into strengths. They made their powers even greater because they took the things that made them supposedly weak and used them together with their new abilities.

Two Ears and One Mouth

In junior high, asking those other students, I learned to listen before I spoke. In doing so, I essentially absorbed their abilities. They read and understood the material. I couldn’t do that, but I could ask question after question until I did, and I did it in a way that didn’t reveal my “secret identity.”

At first, I felt like Rogue from the X-Men, but I remembered that she only absorbed people’s powers for a little while, and it left them drained. I realized that I was more like Peter Petrelli, from the television show, “Heroes.” I was able to take in all of their powers of comprehension and make them my own.

I utilize this skill even today as an adult. I make a point of asking questions. No longer is there any fear of looking like I don’t know something. If someone knows more than me about a particular topic? Great! I’m going to ask and ask and ask until I feel like I understand it almost as well as they do. Asking questions is a priceless skill in business, but so many people are afraid to ask them because they feel like it makes them look uneducated.

I realize that these seem like simple ideas—that there’s nothing special or “super” about this ability. Ask yourself honestly how often you’ve gone into a conversation with someone without bringing your own bias. How many times have you not heard what that person had to say because you were thinking about what you were going to say next? Listening with empathy is a skill and one that needs to be developed, especially when a reading disability is involved. Speaking from personal experience, there is a natural defensiveness that must be set aside in order to access your listening superpower.

A favorite mentor once told me: “You have two ears and one mouth for a reason. Listen twice as often as you speak.”

In addition to my ability to listen with empathy, counting the desks was a development of my superpower of predictive ability. Like Dr. Strange using the time gem to see different futures, I would figure out when it was my time to read and memorize every word I could so no one would know. This converted to another valuable skill for me in other aspects of my life. In business, it’s important to be able to “see around corners”—to predict problems before they happen in order to keep things running smoothly.

When speaking with your child or loved one about their challenge or reading disability, help them see it as a means of amplifying another ability they might have. Doing so will allow them to then use those skills to build the reps it takes to improve their reading ability.

The truth is, there are no radioactive spiders who will help them fix their inability to read overnight. Reframing, however, is a powerful tool to help them along their journey.

For more advice on literacy and reading struggles, you can find I Can’t Read on Amazon.